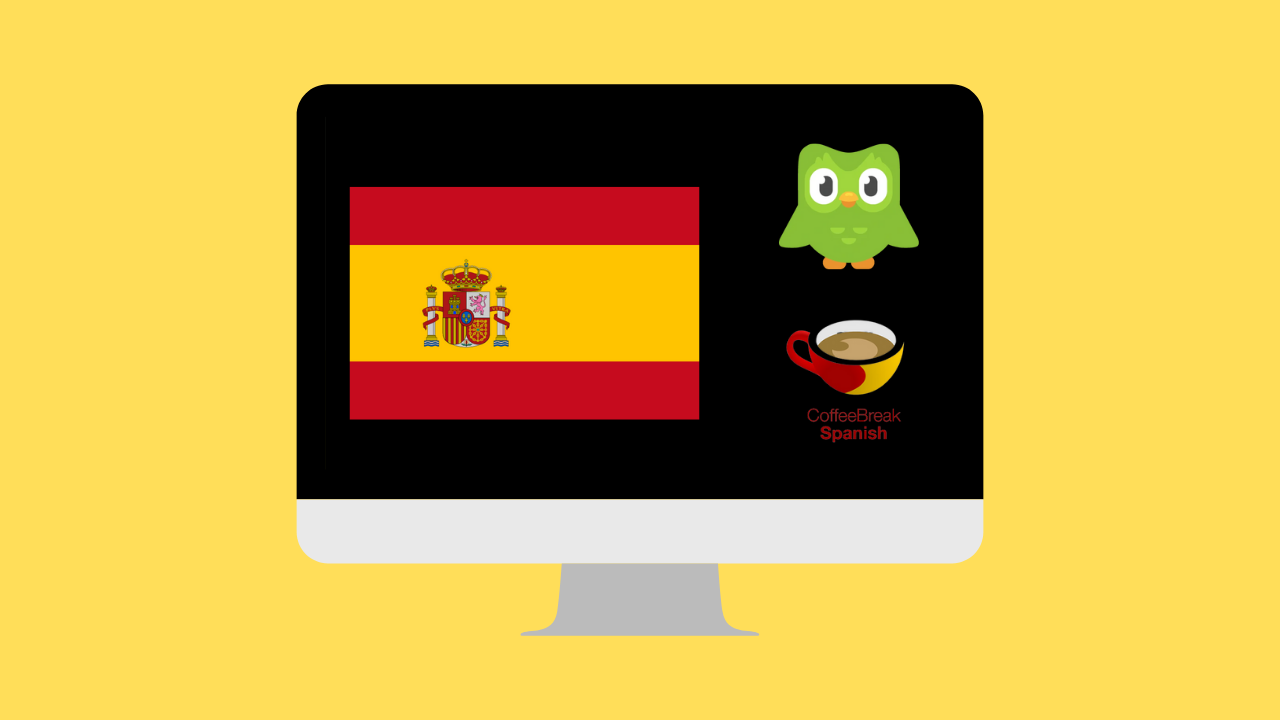 Learning a new language is on the bucket and to-do lists of many people. Spanish and its many dialects are amongst the most spoken languages in the world. Because of its phonetic nature and often simple rules, Spanish is seen as one of the easiest languages to learn. Given this, it’s easy to see why many are seeking out the best online Spanish courses available to them.

Courses come in all shapes, sizes, durations, and difficulties, so learning online has become a good way for people of different capabilities and levels to learn from home, where they can take notes at their leisure and not have to worry about the traveling, time management, or oft-dreaded high school flashbacks that come with in-person classes.

Adult and night classes are all well and good, but a lot of people either can’t afford them or simply don’t have the time to spare. As a result, seeking out good and free online Spanish courses is commonplace, but it can take some time, especially as each one seems to focus on its own area.

As a non-native Spanish speaker and former teacher myself, I understand that there are many routes to successful language acquisition, and so I’ve taken a very close look at the available courses online to see which ones offer the best services.

It’s worth noting European and Latin American Spanish variants and dialects do differ significantly in some areas, so it’s important to know what kind of Spanish you want to learn when selecting the course that’s right for you.

With that in mind, we’re going to look at some of the best, and even some free online Spanish courses to get started with today, as well as what makes them stand out and what might make you want to look elsewhere.

Likely the best known of the many language learning tools out there, the Duolingo app has a place on many people’s phones due to its easy usability, simple learning curve, and flexibility.

While Duolingo is a free online Spanish course for anyone who wants to build their vocabulary and basic understanding of the language, it’s rather difficult to think of it as an acquisition tool. It relies a little too heavily on vocabulary, with little focus on grammar or conjugation exercises outside of a basic ‘learn through context’ system.

Duolingo is best used alongside other online Spanish courses, or as a refresher course for people who want to brush up. It shines in getting you used to Spanish and how it looks and sounds, as well as teaching a lot of words you might not learn elsewhere, though you’ll find yourself hard-pressed to keep up a conversation if used alone.

Overall, Duolingo will provide you with decent experience in reading and understanding Spanish, but it lacks features to fully teach conversation skills.

Boasting a college-level syllabus to bring anyone to a confident level of fluency, Open Learn’s Spanish course may not make you a perfect speaker, but the beginner course lays some important foundations in its introductory course that include basic conversation, giving and understanding directions, vocabulary building, and some specialized topics such as transportation.

While it may not leave you at the same level as a college graduate, Open Learn’s resources, activities, and quizzes are excellent for building a good level of confidence and provide some solid groundwork for further education.

Moreover, Open Learn is a charity-funded organization, meaning it’s completely free of charge. The completion of its online Spanish courses come with certificates that look great on a CV or college application.

Its introductory course takes around 20 hours to complete and can be done at a pace that suits you, so if you’re looking to get the ball rolling on your Spanish acquisition, there’s no reason not to give it a try.

The benefits are that live conversations with tutors and native speakers let the lessons be tailored towards what the student needs to know, allowing for tutors to focus more on what their students are struggling with or may not know.

italki is a great tool for people who don’t have the free time to go to an in-person tutor, but still want the experience of an online Spanish course with a real person in real time.

The only real downside to italki is that it can be something of a gamble. Most of its tutors are freelancers, meaning the quality of the teaching you get can vary wildly.

While even the least organized of tutors will still be able to give you the experience of talking to a fluent Spanish speaker, you’ll need to hunt around to find the teacher that’s right for you.

While the quality of the course is largely up to the tutor you choose, italki is still one of the few online Spanish courses that delivers well on live chat so you can ask questions and make sure you’re learning to both your strengths and weaknesses as applicable.

Coffee Break offers interesting and relatively stress-free language courses that have both free and paid Spanish courses depending on your use.

At the basic levels, audio tutorials are plentiful and free on their site as well as on iTunes via podcasts, all of which really make you feel like you’re sitting in a real Spanish class.

With the paid package, you get access to what they call ‘seasons’ that act as semesters, and each module is led by podcasts that build the foundations of Spanish fundamentals.

While not fully interactive, these courses do well in making students comfortable, regardless of their experience. With well-planned lessons for beginners, to courses for intermediate speakers who are also looking to keep themselves abreast of the basics while they acquire new knowledge.

As the name of the course implies, coffee break can be taken at the learner’s own pace, though people with a generally good knowledge may find the courses to be somewhat slow in their highly detailed lessons.

It’s worth noting that Coffee Break’s Spanish courses teach to Castilian or European Spanish, so those looking to learn Latin American variants may need to look elsewhere to learn the different vocabulary and formal speech.

While Latin American Spanish students will still benefit from Coffee Break’s lessons, separate studying will be required to ensure the differences between the dialects are well understood to avoid confusion.

Another course with both free and paid services is Rocket Languages. Similar to Coffee Break, it prides itself on being a useful tool for learners of all levels.

What earns Rocket Languages a good spot on this list is that it balances the different topics needed to fully learn any language, not just Spanish. Unlike Duolingo’s focus on vocabulary, or italki’s focus on verbal communication, Rocket Languages spreads the learning out to include grammar, conjugation, translation, reading comprehension and more.

While these lessons are generally accessible to people of all levels, this versatility does mean that more advanced speakers may find themselves underwhelmed at times.

Rocket Languages is like Duolingo in that it seems better to use it alongside other sources in order to get a full grasp of the language.

Despite how slow the lessons seem, the courses are very well structured and graspable for just about anyone, as long as they’re sure about which level they’d be more comfortable with before entering in any credit card details.

LingQ is perhaps the most comprehensive online Spanish course on this list. Like Rocket Languages, it spreads the course around to ensure all necessary modules for successful language acquisition are available to its students.

Despite its impressively large library of tools, LingQ manages not to spread itself too thin, and ensures learners of all levels are able to select the modules they want depending on where they think they could use the most practice.

Tenses, conjugation, vocabulary, grammar, and even pronunciation and colloquial communication are available to learn thanks to the open community format that allows learners to discuss various topics and ask for advice and help when they need it.

This structure that encourages students to learn from each other as well as the course makes LingQ absolutely worth checking out the free trial at the very least before considering its monthly subscription.

LingQ also sets itself aside by not focusing just on written or verbal skills, and instead allowing students to decide on their learning method depending on how they learn best.

While it has a massive library of audio and video tools, you can also use the forums to learn through reading if that’s what you prefer.

While apps and programs like Duolingo do count as courses, they don’t quite fit into what we think when we imagine taking a class in a specific subject. For one of the best online Spanish courses that’s more along the lines of a traditional course, the Spanish language modules on Coursera are what you’re looking for.

Instead of acquiring a language for personal use, Coursera boasts that its courses, if passed, come with industry-recognized credentials that can boost your career or employability prospects. Since languages look good on a resumé, a piece of paper to prove fluency is highly sought after, but just how good are their language courses?

Coursera’s online Spanish courses come in a variety of specialties depending on your use. Many of them involve translation qualifications, speaking, colloquialisms, and even a course with a focus on correct accent places and written correction.

The most popular of these courses is vocabulary building, which is quite in-depth and good for anyone who wants to build on their knowledge. That being said, while the available courses themselves will often state that minimal knowledge of Spanish is needed to take them, many have felt that a lot of them are a little too difficult for outright beginners.

Overall, Coursera does offer some good options for online Spanish classes, but it’s best used in tandem with extra-curricular learning with apps like Duolingo to ensure you don’t get lost in their deceptively steep learning curves.

Lengalia is not as simple as it may seem at the start. While most online Spanish courses will teach the same things in slightly different ways, Lengalia stands out as one of the best for people who want to specialize in the kinds of vocabulary they need.

For those of us who learn Spanish for general conversation, the thought of focusing on specific vocabulary seems a little odd. However, Lengalia offers the chance to hone in on exactly what you need to learn for those with specific uses in mind.

For those looking to conduct business in Spanish, be confident with medical terms, or simply want to ensure they know when to use formal language, Lengalia offers very specific courses. Of course, these are on top of standard travel lessons anyone would need as a tourist.

All of their 24 courses also involve pronunciation and grammar lessons to ensure you’ll be able to communicate confidently regardless of whether or not you choose a specialty.

Lenglia also aims to leave no one behind as their A0 and A1 courses are accessible to those with little to no prior knowledge of Spanish language. And as students advance, they’re able to take advantage of the verb conjugators, voice recordings and pronunciation correctors, as well as the thousands of hours of lessons, video, and audio clips.